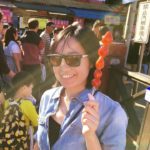 Your dream holiday may consist of strolling by the Eiffel Tower hand in hand with your paramour, or watching the sunset from the top of Mount Kilimanjaro.

But all that will remain nothing more than a dream if you’re not careful. Mishaps happen. You could get pickpocketed while gawking at the Colosseum, accidentally fall off a cliff in Bali while taking a selfie, or have your flight cancelled because of bad weather.

Luckily, your travel insurance plan can take the sting out of such holiday mishaps—but only if you manage to make a claim.

Here are six steps to successfully making a claim on your travel insurance policy:

Don’t twiddle your thumbs or wait until you’ve taken another 5,000 photos of the Big Ben before you contact your insurer.

Many policies impose a time limit of, say, 30 days within which you must write to the insurer about your claim. Miss that window and they have every right to reject your claim. And no, it’s not as easy as just shooting them an email.

You might need to get documentary evidence from other entities such as a doctor or the police before your request is valid, so the earlier you start the better.

2. Fill up the claims form

To speed up the process as much as possible, make sure you’re filling up the correct claims forms from the get-go. Using the wrong forms or leaving fields blank can lead to long delays.

Insurance companies have different forms for various types of claims—for instance, you’ll probably have to use a different form if you are trying to claim for medical expenses than if your luggage was delayed.

Some forms also contain sections that must be filled in by third parties. For instance, some medical claims might require your doctor to vouch for the fact your illness was not a pre-existing condition you already knew about.

3. Prepare the documents you’ll have to submit to the insurer

Just because you called up the insurer crying hysterically doesn’t mean they’re going to believe you deserve to make a claim.

You’ll almost certainly have to submit supporting documents to prove the validity of your claim.

At the most basic level, you will need to prove that you did indeed travel by submitting copies of your passport and air tickets.

Next, you’ll need to ensure you have the documents specific to your claim. If you’re making a claim for medical expenses, make sure you retain all medical reports, receipts, bills, as well as other documents such as your inpatient discharge summary. This list can be quite long, and missing out one document can send your entire application to the dogs.

If you’re making a claim for not getting on your flight, whether due to a flight diversion, overbooking or misconnection, ask the airline to furnish you with a letter explaining what happened and indicating the duration of the delay. The onus is on you to obtain this document from the airline, so don’t expect much help from the insurance company.

4. Be aware that the insurer might ask you to do strange things to validate your claim

Don’t be too surprised if you end up having to jump through hoops to prove that what you claim happened really happened.

In a best case scenario, you show up at the police station and they happily hand over a coherent police report.

But guess what, you might not be that lucky. In some countries, the police will flat out refuse to give you a report for something as trivial as a lost smartphone, in others they might have to be bribed (we don’t recommend you do this). And in countries where you don’t speak the local language, you may be forced to engage an interpreter and translator before a police report will be issued.

5. Wait for your claim

Once you’ve submitted all your documents, it’s time to play the waiting game. But don’t wait too long. It often happens that insurers fail to receive a supporting document or need more information, but don’t bother to contact their customers.

The typical processing time of an application is between a week and a month. Two weeks is a good amount of time to wait before you start bugging your insurer for news about your claim. Make sure above all that they’ve received all the relevant documents and that they’ve actually started processing the claim.

Hopefully, you’ll already have received your insurance payout and won’t have to resort to this step.

But should your insurance claim get rejected, there is one more avenue open to you other than retreating with your tail between your legs. And that is to appeal the decision.

Too many people give up after the first rejection, but what they don’t realise is that insurance companies will do everything they can to resist making a payout—even when they should. So don’t give up without a fight.

Tip: Before you leave on your holiday, select your travel insurance plan by comparing the various policies on offer online. That may be a lot less fun than planning your itinerary, but you’ll be glad you did it the day you see that sweet, sweet claims money rolling in.

Travel Insurance
5 Things You Absolutely Must Know Before You Buy Travel Insurance
Sign up for our newsletter for financial tips, tricks and exclusive information that can be personalised to your preferences!