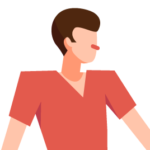 In the event of a major illness, medical expenses in Hong Kong can be very costly. If you do not have sufficient medical protection, your savings may be depleted on treatments such as “balloon angioplasty”, kidney dialysis or cancer treatments. How do you choose a Voluntary Health Insurance Scheme (VHIS) that covers major medical expenses and is also tax deductible? Two major aspects of premiums and claims should be considered when comparing policies:

According to the Manulife Shelter VHIS Standard Plan, the VHIS standard plan offered by Manulife, the annual premium for a 60-year-old male policyowner is $5,978, and this is one of the most inexpensive standard plans currently available in the market. In contrast, for the same 60-year-old male policyowner, the annual premium of AIA Voluntary Health Insurance Standard Scheme is $7,251.2, whilst that of the AXA WiseGuard Medical Insurance Plan, the AXA VHIS standard plan, is $7,511.

Be Careful when Comparing Premiums

For flexi plans, the amount of benefit limit varies depending on the insurers, ward types and annual premiums. Take Manulife Shelter VHIS Standard Plan and the Manulife First VHIS Flexi Plan as examples, where the annual benefit limit ranges from $80,000 to $180,000.

In comparison, amongst the 6 different flexi plans offered by AXA, the benefit limit for non-surgical cancer treatment per policy year is $80,000 in each case. In view of the annual premium for a 60-year-old male policyowner, it is not considered inexpensive when compared with other insurers.

Amongst the VHIS coverage required by the government, kidney dialysis (outpatient kidney dialysis) is not mandatory. Therefore, consumers should shop around flexi plans provided by different insurers in order to purchase VHIS plans that provide benefit limit for kidney dialysis.

Cardiac Surgery Coverage subject to the Type and Extent of Surgery

In the case of heart bypass or related angioplasty procedures, also known as ‘balloon angioplasty’, the benefit limit depends on the classification of the surgical procedures and the types of standard plans or flexi plans. At present, the government divides surgical procedures into 4 categories under VHIS, namely ‘minor’, ‘intermediate’, ‘major’ and ‘complex’. Heart-related surgeries are classified as ‘intermediate’ to ‘complex’.

To be hospitalised for important surgery, pay attention to benefit limit

Now, Manulife’s standard and flexi plans provide benefit limit for room and board. For ward, coverage will include semi-private room and private room, with amounts ranging from $750 to $4,000 per day.

What happens when the ‘benefit limit amount’ exceeds the limit because of major surgery or treatment? The insured should compare flexi plans offered by different insurers because certain flexi plans provide special benefit limit terms in such conditions. For example, the Manulife First VHIS Flexi Plan provides policyowners with ‘reimbursement of up to 100%’ of excess expenses and a free choice of doctors and hospitals after obtaining a preliminary assessment.

The ‘cashless arrangement for a hospital stay’ provided by the flexi plan of AIA is similar to Manulife’s. In the event that the policyowner is granted a preliminary assessment, AIA will pay the hospital invoice directly on the policyowner’s behalf. However, this plan does not guarantee to cover all cases of expenses exceeding limits. There is ‘a shortfall notification’ in the insurance contract terms. If the insured’s hospital bills exceed preliminary estimates, the shortfall is payable by the insured.

All in all, the Manulife First VHIS Flexi Plan offers more comprehensive coverage in areas such as cancer, balloon angioplasty and kidney dialysis, with benefit limit on surgeon’s fees, anaesthetist’s fees and room and board. Take the entry level of the Manulife First VHIS Flexi Plan as an example: a 60-year-old male policyowner will be entitled to the following benefit limit if he pays an annual premium of$7,842:

Apply for Manulife designated plan(s) to enjoy premium discount*.
*Subject to terms and conditions. Please check for more product and offer details from the product/promotion leaflet on the website.

Want to learn more about the government’s VHIS? Read our VHIS Guide!

Sign up for our newsletter for financial tips, tricks and exclusive information that can be personalised to your preferences!