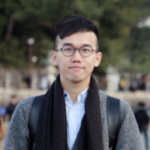 Ah Boy has an army of tutors towering over him every day after school, making sure he scores those As. His kiasu parents are determined to ensure he gets good grades, gets into a good secondary school and JC, and then enrols in a respectable course at university—one that will ensure he succeeds in life by offering him a stable job and a high salary. But here’s why no matter how many hours of tuition Ah Boy goes through and no matter how satisfied his parents are with his grades, that doesn’t guarantee him success in life.

If Ah Boy has no true interest in the studies or work he undertakes, he’s at risk of becoming a mediocre employee—you know, one of those folks who’re always hiding behind their cubicle walls, have zero initiative and do the bare minimum.

2) Crippling stress can cause psychological problems

The ridiculous amounts of stress Hong Kong students are subjected to has been the topic of many news reports, and suicides over grades, some involving primary school kids, have been a disturbing trend of late.

Exposing a kid to crippling stress does not “prepare him for the real world”, especially if he is too young to learn from the experience and can’t prevent himself from buckling under the stress. In fact, an overly stressful childhood can lead to a whole host of psychological issues later on in life.

3) Street smarts can only be cultivated away from the books

Hong Kongers have a reputation for being flexible and book-smart, but rather lacking in the areas of common sense.

To succeed in the real world, you can’t be a frog in the well. A certain amount of shrewdness and keep powers of observation are needed to climb the corporate ladder. Many high-level jobs are about problem solving, navigating unfamiliar territory and using your intuition, and book-learning can’t take you 100% of the way.

When schoolwork sucks up 100% of a kid’s time, he doesn’t have the room to develop his interests, cultivate hobbies, and develop skills outside of the very narrow ones needed to pass exams.

For instance, a child who reads for pleasure forms a far more nuanced view of the world than one who only reads textbooks. Many programming whizzes start out experimenting at home rather than relying on a university course to spoonfeed them knowledge.

5) EQ may not have a chance to be developed

Parents who discourage their kids from developing their social skills, such as by filling up all their free time with tuition and not allowing them to spend time with friends, are doing them a disservice, as these kids are more likely to grow up to be socially awkward.

The same thing happens when it comes to building a healthy network, getting along with the people at work and building close ties with clients. It’s no surprise that Hong Kongers are often criticised for their poor communication skills and lack of confidence, as many were discouraged by strict parents from socialising in their formative years.

How important are good grades in contributing to success in life? Share your opinions in the comments!

Family
4 Reasons You Should Make a Will Even If You’re Not 40
Sign up for our newsletter for financial tips, tricks and exclusive information that can be personalised to your preferences!